How Torch Lake Was Formed

Highest terrace – or the ridge – 75 feet above the current Torch Lake shoreline, was once the beach of ancient Lake Algonquin. Now it includes farmlands and woodlands with towering white pines.

The glaciers melted and retreated, so the heavy weight of the ice no longer pushed down on the land. The land in the southern Great Lakes region rose back up or rebounded. This caused the water to flow north, out of ancient Lake Chippewa (Lake Michigan) and into Lake Stanley (Lake Huron). Without the glacier blocking the flow of water to the north, a channel opened an outlet to the St. Lawrence Sea.

Lake Chippewa dropped from 656’ to an extreme low level of only 180’ above sea level.

Underwater terrace – The beach of this ancient lakeshore now extends from the current shore of Torch Lake to the “drop–off,” at a depth of 50’, which is where the indigo blue color of the lake begins.

The ice sheet stopped and only a barren land remained. No plants. No trees. No animals. No people.

One day the Ancient Ones (Archaic-people) struggled over the top of the hills south of the current Torch Lake. A broad, low valley stretched between them and the ice–mountains far to the north. Below them was the ancient Lake Nipissing, which stretched as far as the eye could see. The lake water was brown with silt and clay (marl). High waves tossed chunks of ice against the rocky shores.

An archipelago of islands dotted the huge lake. Some of these islands later became the Leelanau Peninsula, Old Mission Peninsula and the western shore of Torch Lake.

For many days, the Ancient Ones followed the caribou and musk oxen. But the animals evaded them. As night fell, they retreated from the ridge and nestled together, discouraged after such a long search for food. Without food, these Ancient people disappeared.

Middle Terrace –  The shore of ancient Lake Nipissing remains and forms the middle terrace around Torch Lake. Torch Lake Drive was constructed on this terrace.

The climate warmed and winds blew sand into high dunes to the west of the lake.

Woodland people arrived and planted gardens with corn, bean and squash seeds from as far away as Mexico. They made nets, harpoons and hooks for fishing, as well as bows and arrows with chert arrowheads for hunting. They wove mats and birch baskets. They crafted canoes for traveling on the water.

Lowest Terrace – Many cabins, cottages and now year-round homes on the shores of Torch Lake have been built on the Algoma Beach.

Trees grew over 100 feet tall and big – more than 15 feet around. The forest became dark and wildlife declined. Trees along the shore of the lake and streams fell in the water and created habitat for fish, clams and crayfish. Storms blew down the ancient trees and new plants grew in these open spaces.

New people came, too. They called themselves Anishinaabek or First People. Later, they became known as the tribes of the Three Fires: Potawatomi, Chippewa (Ojibwe/Ogema) and Ottawa (Odawa).

They built wigwams of bent poles covered with birch bark, woven mats or animal skins, and snowshoes and toboggans for traveling in deep snow. They hunted elk and bear in the forest. They speared whitefish and sturgeon. They tapped maple trees to sweeten their food. They portaged from Torch Lake to Lake Michigan at Torch Lake Village and Eastport. They named their camps and other places, too.

Current lake level – Trails worn by deer, elk and native people crisscrossed the land. Some of them remain as paths today and some became roads. 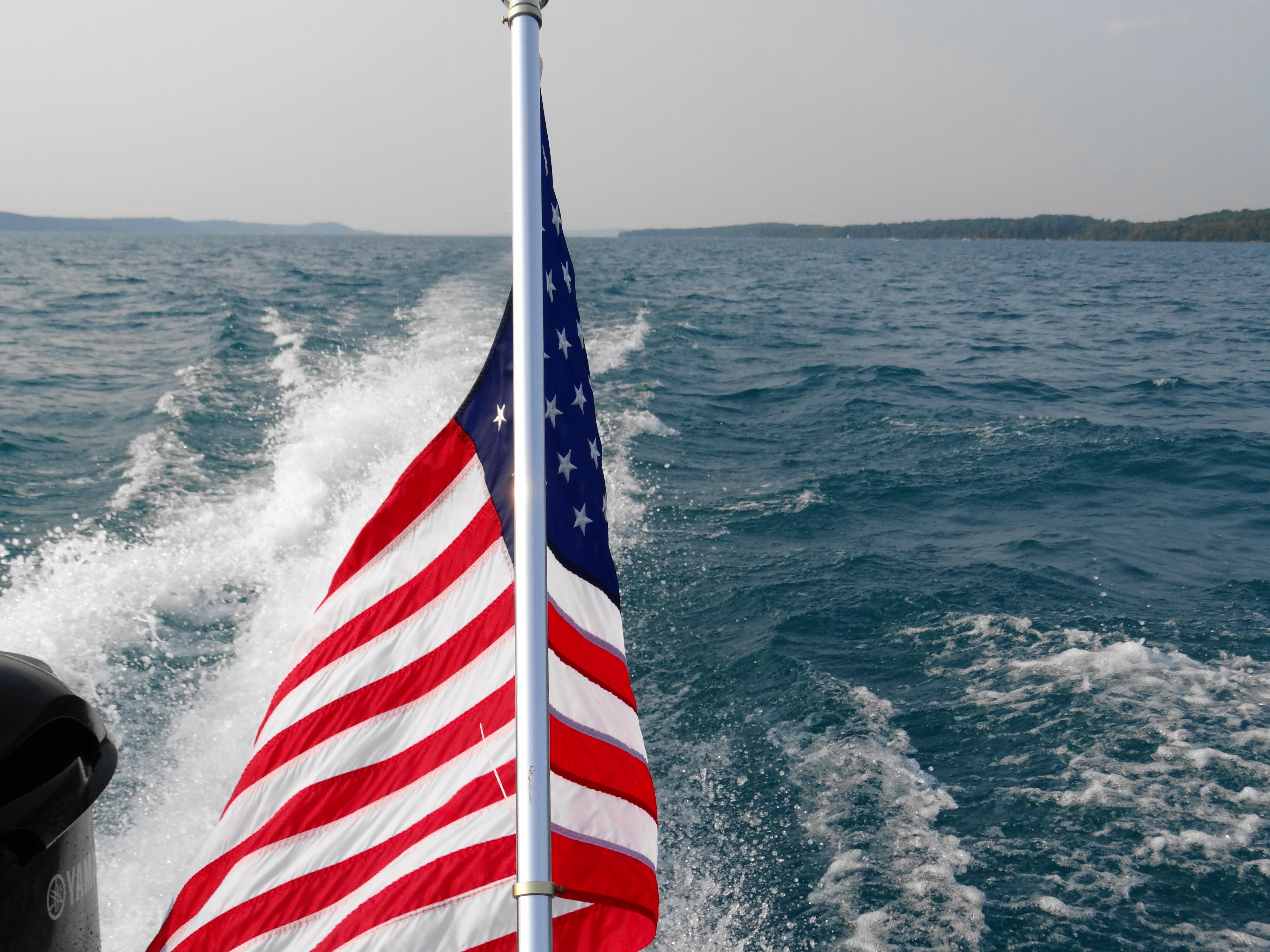 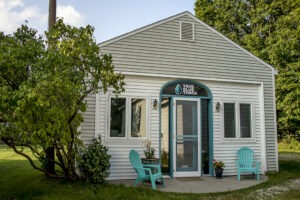 CLOSED FOR THE WINTER.
SEE YOU IN THE SPRING!