What is the oldest boat on Torch Lake today?

It has to be a wooden boat, but no one knows for sure which “Woodie” it is.

In 1922, brothers Christopher and Henry Smith of Algonac, MI formed the Chris Smith & Sons Boat Company. The brothers bought up surplus military airplane engines, Curtis OX5, at the end of World War 1 for $50 each and converted the cooling systems from air to water. The engine installed in a mahogany boat, sold for about $450. Two years later, the company name changed to Chris-Craft.

The Chris-Craft XIV was the 14th power boat made by the Chris Smith & Sons Company. The original owner of the boat summered on the eastern shore of Elk Lake. 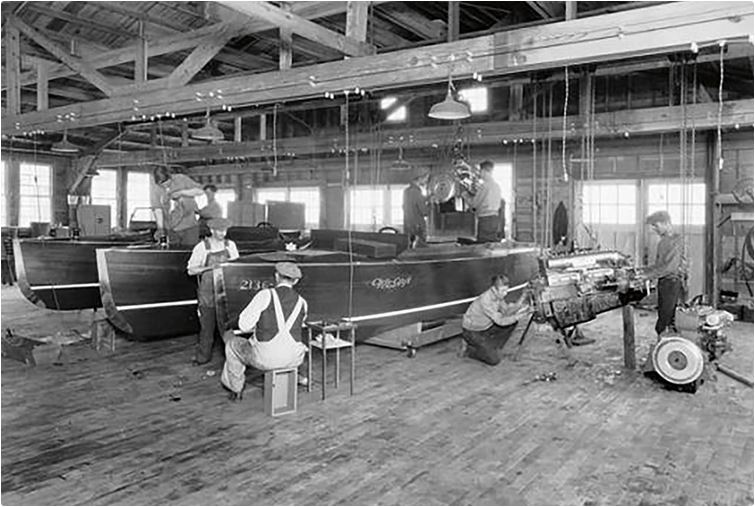 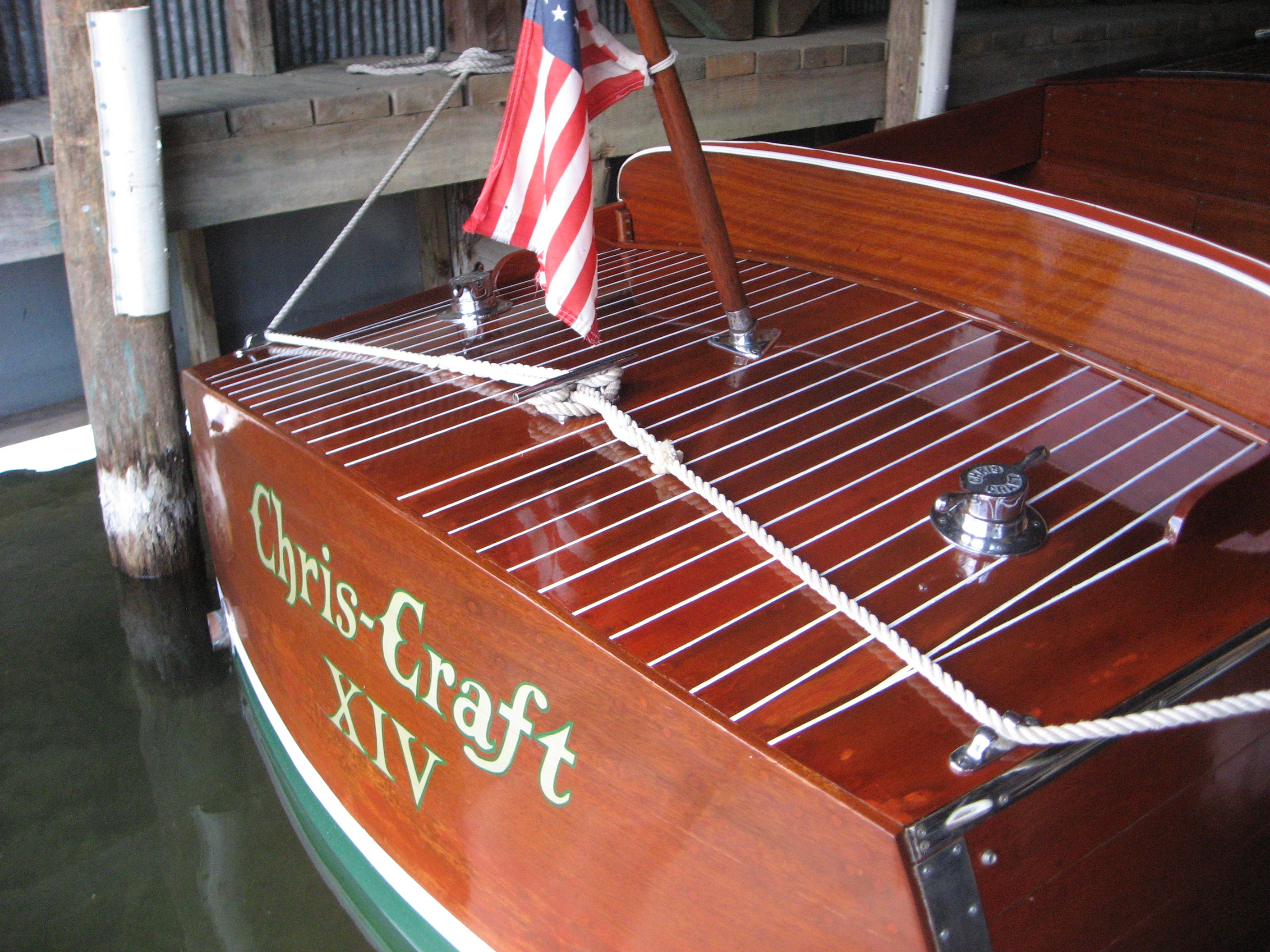 Oliver S. Larkby Sr. of Cincinnati, Ohio bought the boat and named her, “Lina May” after his wife. During the summer, he kept “Lina May” in the only boathouse on Torch Lake, located in front of the Larkby cottage, on North Lake Street in Alden. Shel Larkby, Oliver’s grandson, remembers the wooden boat sinking in the boat house as it was “soaking up” until the wooden hull expanded with water.

The Chris-Craft XIV’s next home was Stubb’s, the old gas station and small marina located in the 1950s at the mouth of Grass River on Clam Lake’s northern shore. The gas station and marina are long gone. All that remains are the docking area and garage nearby.

In 1976, Albert Cash Jr., the current owner, purchased the mahogany boat from Luhr’s Landing, on Torch River. He renamed the 54 year old boat, “Chris-Craft XIV” and began restoring her and her Chris-Craft 95 horsepower engine. The boat was in a state of disrepair-the transom was bashed in and alterations had been made including gold naugahyde deck, pedestal seats and a curved windshield. With Fred DeWitt’s recommendations, craftsmen were contracted to restore the woodie.

Decades before he bought the boat, Albert Cash Jr. rode in the Chris-Craft XIV with Oliver Larkby, Sr. to search for his missing father. The wooden boat connects Albert to the evening of a family tragedy.

Albert’s father, Albert D. Cash Sr., former Mayor of Cincinnati and Joseph Lambert, his brother-in-law, owned a summer home on the eastern shore of Torch Lake called Cozy Point. Each summer, they brought their 9 children north to escape the heat of the city.

The Chris-Craft XIV was showcased in all Cruise for the Cure fundraising events (2009-14) for Pancreatic Cancer, organized by the Thie family. 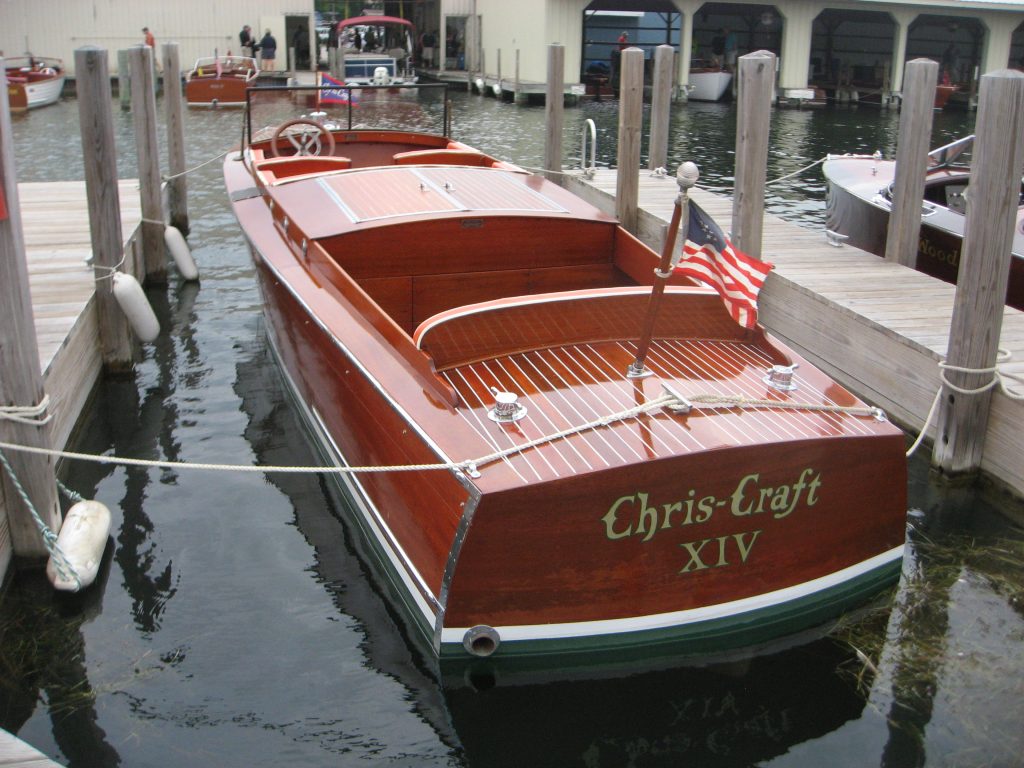 Albert Cash and Shel Larkby contributed to this story. 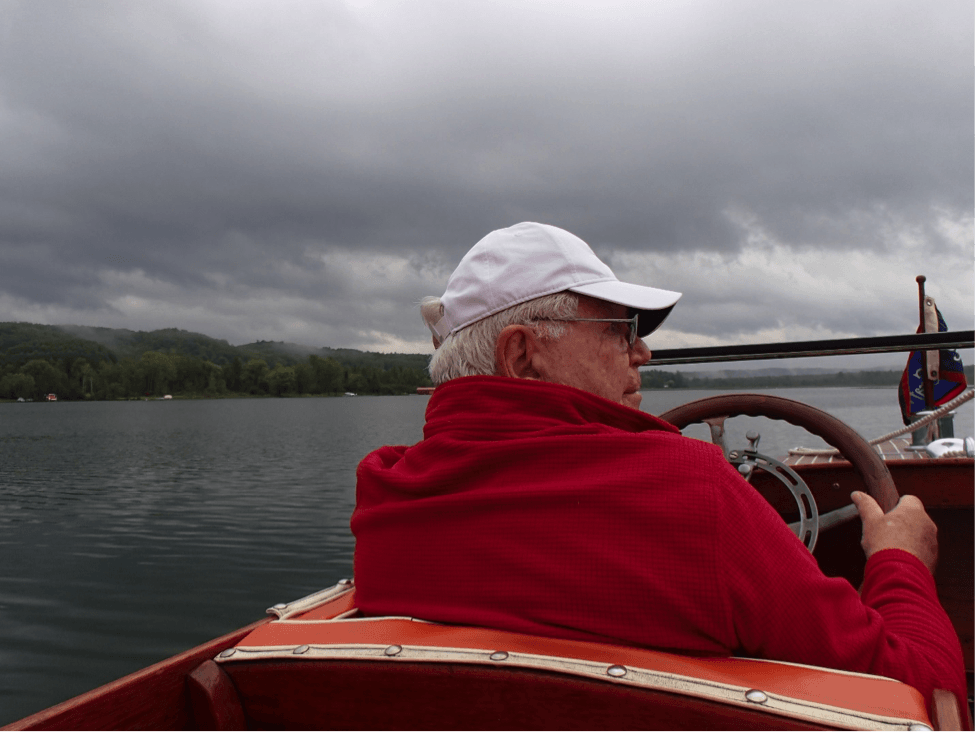 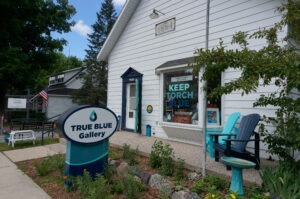